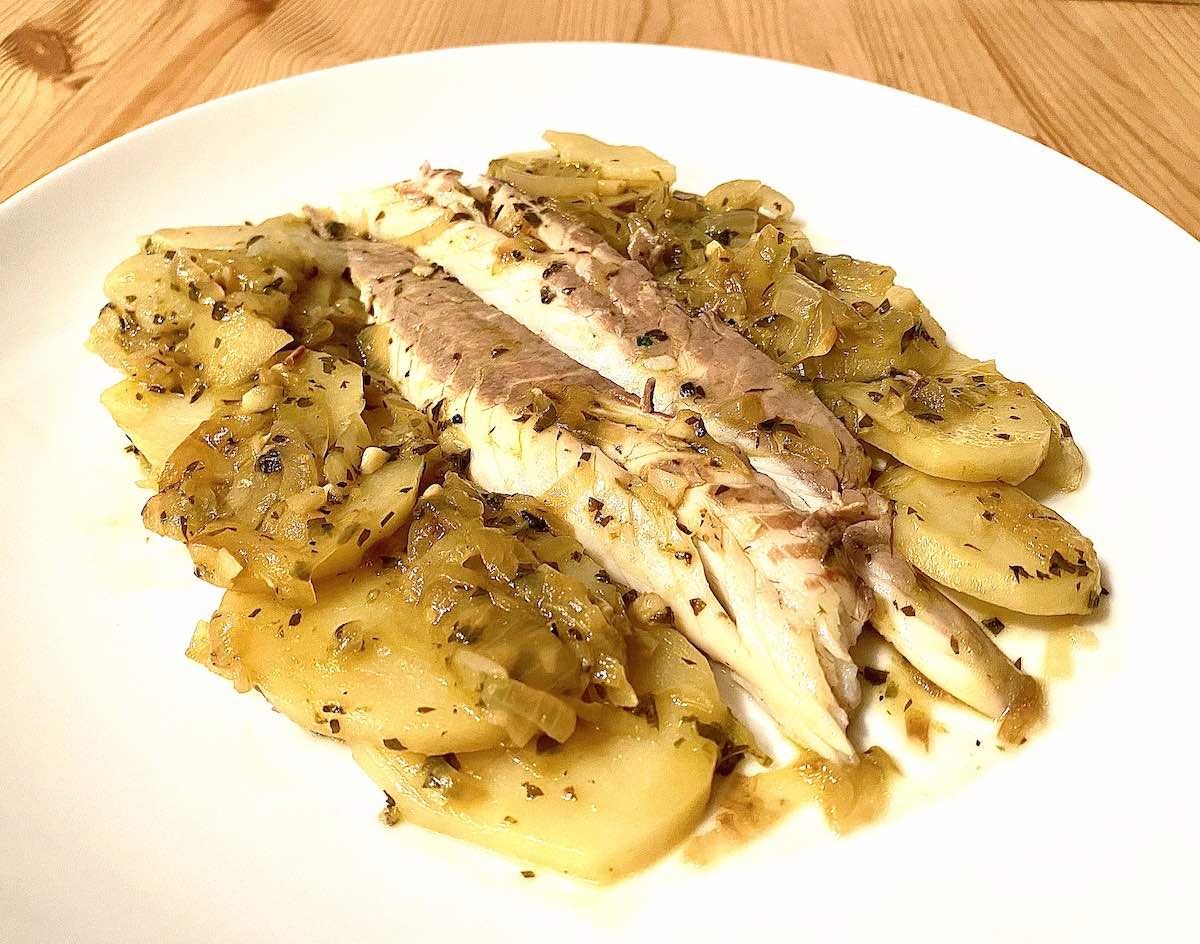 Inspired by Zdravko and Marion, gourmets & residents of Hvar Island in Croatia.

You might enjoy this dish on our tours of seaside Croatia where it is quite popular. More specifically, the recipe is typical on the Dalmatian Coast. Quoting Zdravko: "Gregada is very much a [island of] Hvar dish. On [the island of] Korčula they have popara, which is similar, but uses tomatoes to make the sauce red and is usually served with macaroni, preferably homemade."

Suggestions from Marion: "It’s a very simple dish, and so the instructions are not very precise. It all depends on what you find at the market that day!"

This kind of fish stew with potatoes and onions represents one of the oldest methods of cooking fish in Dalmatia, probably brought by the Greeks over two millennia ago.

More helpful suggestions from Marion that we quote here: