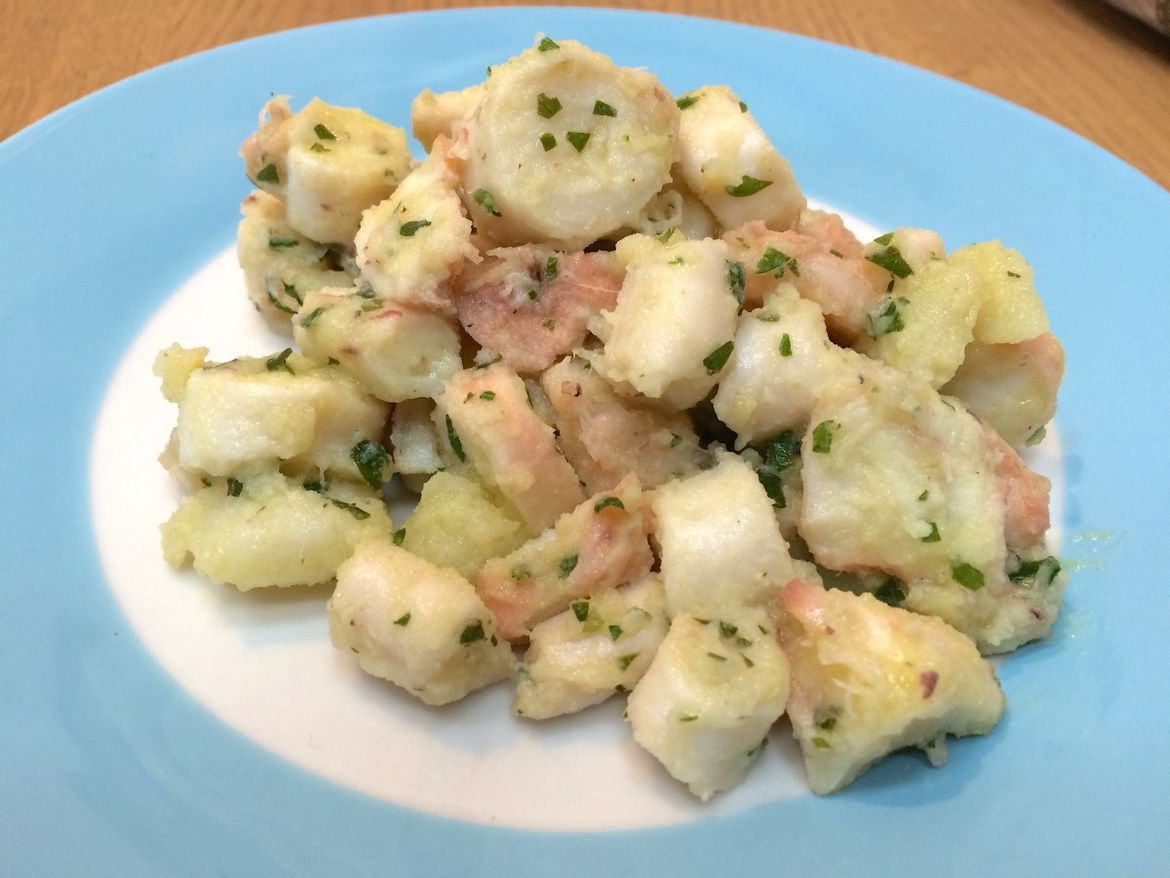 By Cristiano Bonino inspired by the village of Tellaro.

You may find and enjoy this recipe in many regions of Italy, above all when you are by the sea. Cristiano was inspired by a sign posted in the little piazza of Tellaro, a village near Lerici, not so far from the Cinque Terre, in Liguria.

See the picture below which describes the recipe cooked for a local festival celebrating the octopus. A local legend, made famous by D. H. Lawrence in a letter he penned while spending time in Tellaro, tells of an octopus pulling the bell cord of a local church in order to warn the townspeople of a pirate attack!

You can keep this dish in the fridge for a few days. We suggest serving it at room temperature. Buon appetito!