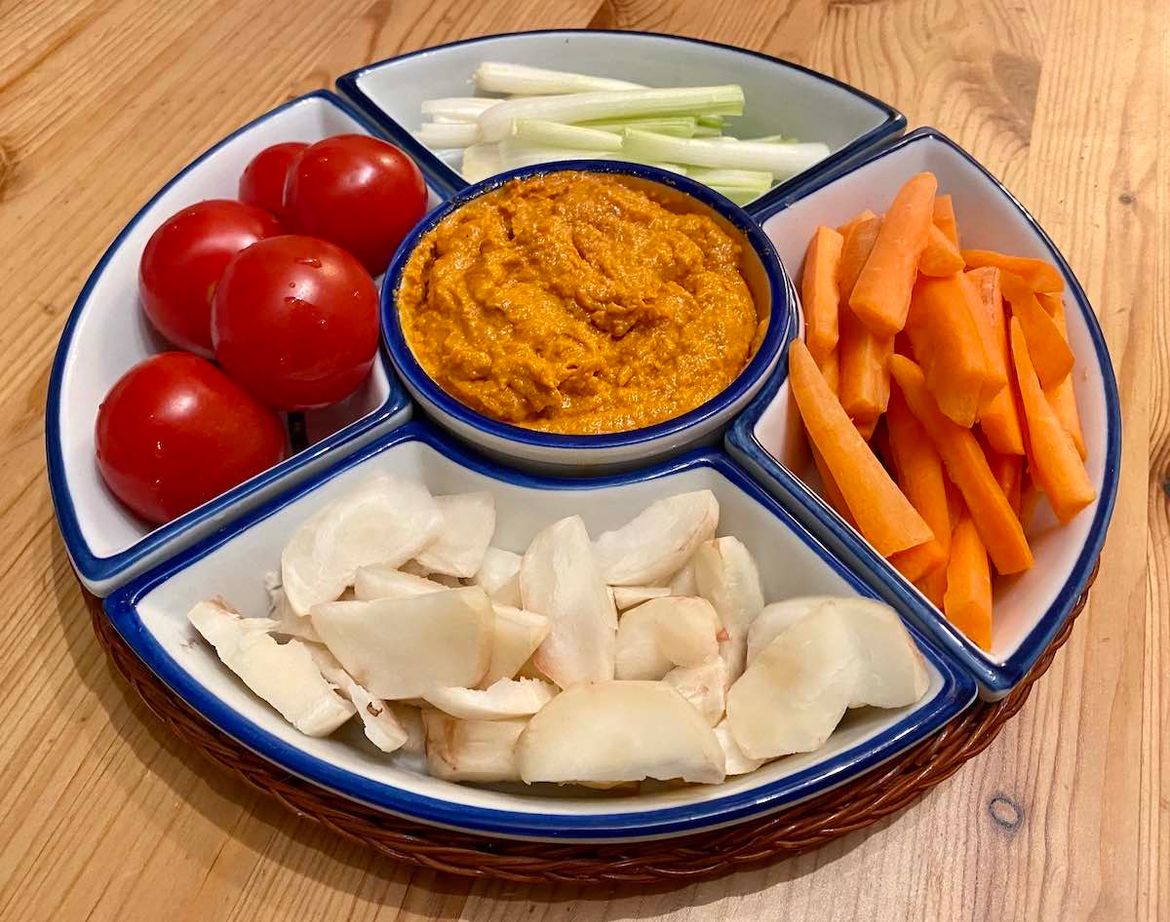 Inspired by Restaurant Can Marti in Sitges, Catalonia region in Spain.

You might enjoy this recipe on our tours in Catalonia, where this sauce is quite popular and mostly enjoyed with fish, meat and veggies. Specifically, a version of it acts as the dipping sauce for calçots, a type of green onion served simply grilled. (Calçots are available in February, March, and April in Catalonia. See pic below taken at the restaurant in February 2019)

** ñora pepper is specific variety of pepper that is grown and dried in the Valencia area. This recipe requires that you soak the dried peppers in water and then scrape out the inner flesh to be combined with other ingredients. Ñora pepper is also used to make dried paprika, but it is hard to find in the U.S., so we used the flesh of red bell peppers instead, baked in the oven and peeled (50gr), along with 1/4 tsp of smoked paprika…..we hope our Catalan friends at the restaurant Can Marti will forgive us, but it turned out pretty well!